I saw this Hometown USA Quilt and decided I wanted to make something similar. I already had the Summerville kit for the center portion and the Stars & Stripes pattern for the outer border. I’m going to add a plain border instead of the pinwheel blocks around the Summerville portion and then the outer border will be flags and square-in-square blocks.

I cut almost all of the pieces as you can see below. I was just waiting on some white Kona to arrive for the stripes on the flag blocks and part of the square-in-square blocks.

So far, I’ve done the blocks for the Summerville portion border and the large inner star and smaller corner stars.

This is going to be a fun one to make! 🙂

Three weeks’ progress on #DeathByCrossStitch by

#PumpkinLifeCycle update! Terrence continues to do

A terrible photo of two weeks’ progress on #Deat

One week’s progress on #DeathByCrossStitch by #L

This is my new project since I’ve finished #Long

#Pandemic by #LongDogSamplers is complete! I love 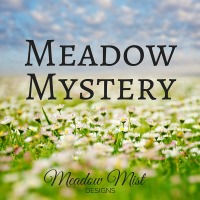